Clervaux - cité de l'image is organizing exhibitions around the medium of contemporary photography.
- The projects are temporary.
- The exhibitions are taking place in open/public space: OUTDOOR.
- Or in a more traditional form: INDOOR.

The "Jardins" have developed from the year 2000 onwards within the context of the initiative "Jardins ... à suivre" in collaboration with the programme INTERREG III A WLL, i.e. with the Natural Parks of Wallonia, of Lorraine and of Luxembourg.

The traditional idea of gardens (jardin) refers very often to a surface, limited to plants, vegetables or herbs, for the use of alimentation, if even for aesthetic or scientific use.

The "Jardins" of Clervaux are places of creativity under the open sky, spread out over the whole city. Photographic images are hung in large scale open-air, in the centre of the town and in the surrounding area.

Usually art may enjoy a characteristically and exact framework, reserved for the reception. With the "Jardins" this framework is altered, shifted, moved. Instead of showing the photographs in a gallery or in a museum it has been decided to install them under the open sky.

In this way a new element is brought in: the public space. Is it sufficient to bring art from the interior to the outside?

From a technical point of view, everything is possible. Not everything, however, can be realised from a conceptional viewpoint. Experiences have shown, that not every kind of art can be planned for a public space. The latter receives everyone without any difference, the museum, however, simply the visitor. The difference lies in the confrontation of the public with art: where in the museum this is voluntary, it imposes itself upon the public when in the middle of the town.

The exhibition of photographs in the public space is successful when the works are looked at and discussed. Otherwise the efforts are limited to a decorative effect. Therefore art has to deal with the peculiarities of the place. The relation to the location could simply be of formal nature or be planned within a concept. This makes the exhibition place unique and justifies the concept of art in the public space.

In Clervaux the correlation to the location is given by the context of the "cité de l'image", the city of picture. The displayed photographs strive to emphasise the special character of the town. They analyse the modes of expression of the medium and allow a view of the urban space, of the rural environment and of the local population as well as on the contemporary photographic productions.

The photographs will be swapped every 12 months.

At the moment the "Jardins" are composed of 6 different locations. e.g.

The ECHAPPÉE BELLE (place du marché) is at the bottom of the rock that carries the foundation walls of the castle. An idea imposes itself: are these missing pictures, lost, disappeared from the exhibition The Family of Man, which is save inside the dominating castle? Bars of steel, attached to the rock, are equipped with a lighting system and carry the photographs.

The ARCADES I, along the main road (Grand-Rue), is constituted by a wall interrupted by eight niches in the form of round arches. Every space contains a work. The exhibited images are lit throughout the night. The location gets visible by its homogeneous character: the niches interrupt the wall at regular intervals. The photographs deepen the opaque character of the stone and transform the simple niches into virtual windows. 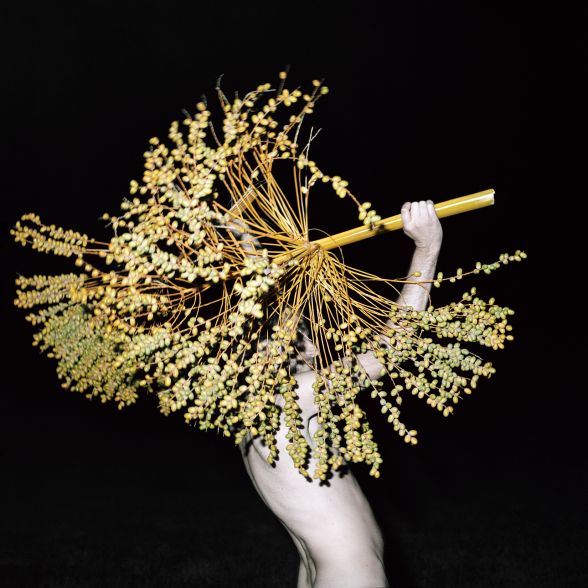 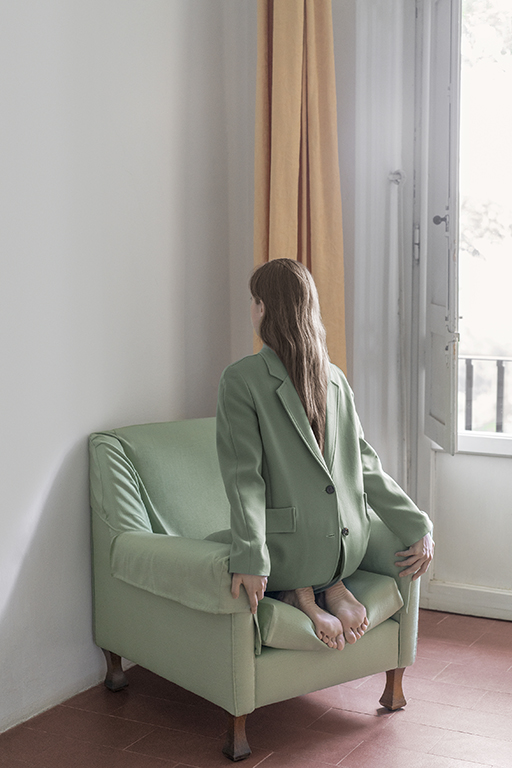 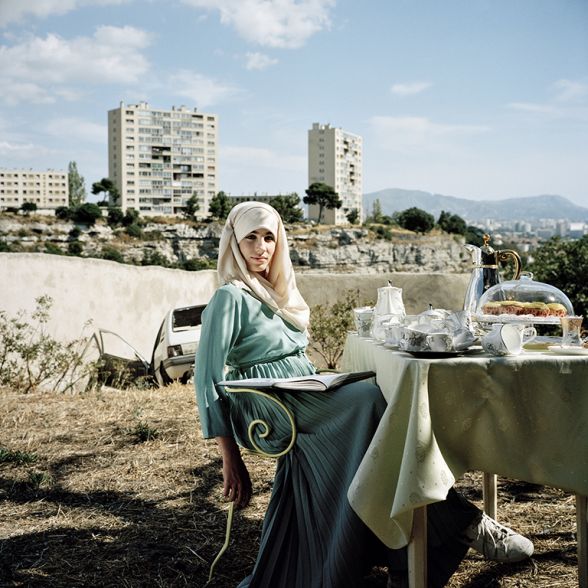 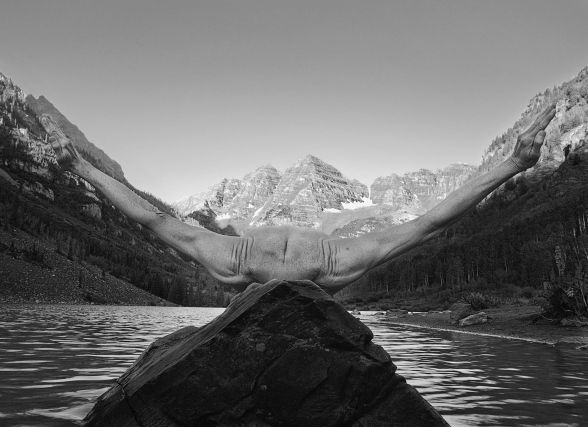 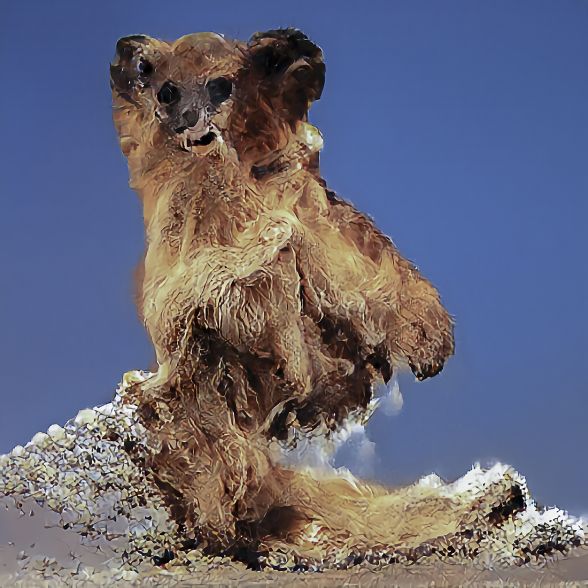 Imanaho / You Can Wake Up Now, The Universe Is Over